When studying MIFARE® DESFire® EV1 communication, one may notice that these cards offer both secure AES authentication and the Secure Messaging feature. This means that some operations (sometimes) could be performed securely even when there are some untrusted proxies/sniffers between the communication sides (namely the card and the readers).

First, let’s talk a little bit about what are the abovementioned features and what is the profit of using them.

Note: MIFARE and DESFire are trademarks of NXP B.V. This site is not affiliated with NXP.

The authentication between the card and the “reader” is a variant of the shared-secret challenge-response scheme. To have a successful authentication, both sides must know the proper authentication key for a DES/3DES/AES symmetric cipher. The key is not disclosed in plaintext.

Instead, the two sides of communication exchange encrypted messages. Both communication sides prove each other that they can encrypt/decrypt with the cipher (=> implies knowing the valid authentication key).

Finally, they agree on some (random) session key that could be used in some further operations that require cryptographic signing/encryption. This protocol makes it impossible to decipher the generated session key out of sniffed communication unless the attacker knows the authentication key.

Note: After the authentication process, the commands are still sent in plaintext. For ordinary operations like file read/write, it is required to know the session key only if the secure communication mode is enabled for the particular file (which is described in the next section). Also, note that the EV2 secure messaging provides much better security, but we are not going to describe it here.

The file is read or written normally, using unprotected plaintext.

The payload for reading/writing operations is provided in plaintext but with MAC (Message Authentication Code) appended to the end. This means that:

The MAC is calculated using a custom CMAC algorithm which uses a session key cipher in CBC mode. What is unusual about this CMAC is that it’s stateful - the IV is retained between operations. Thus, the MAC of the operation depends on all previous operations since the last authentication.

The value to be read/written, together with its CRC32 (and zero-padding) is CBC-mode encrypted with the session key.

TLDR: What it is all about

The abovementioned features of MACed or encrypted messaging may be leveraged in order to implement over-the-air services. Such possibility was already docummented by NXP in Application Note 12113 “Over-the-Air top-up with MIFARE DESFire EV2 and MIFARE Plus EV1”.

AN12113 suggests that one could implement a mobile application, that would establish an (untrusted) proxy between a tapped card and the remote server. The remote server will then “talk” to the card in a secure manner in order to perform some operations, e.g. increase the stored credit value.

Important: With this approach, the smartphone application doesn’t need to know the card’s authentication keys.

Although the AN12113 documents’s title suggests that the implementation is possible only for DESFire EV2+, in the section 3 it was stated that:

An over-the-air service, like for example a value top-up which will be the main discussion point of this document, can be realized for already existing MIFARE DESFire infrastructures and of course for new, upcoming MIFARE DESFire system installations.

also in the subsection 3.1 it’s written:

Because EV1 secure messaging and Cmd.AuthenticateAES are both supported on Mifare DESFire EV1, it should be possible to implement a concept that is similar to what was described in AN12113.

Topping-up a travel card from own smartphone

The concept of over-the-air services may be used in a lot of different purposes, for instance to allow passengers to (securely) top-up their travel card from their own smartphone.

As a proof-of-concept, I have implemented an Android application together with a Python 3 server backend in order to show how over-the-air top-up could really work.

Feel free to experiment with this PoC:

It is extremely tricky to properly implement transactions. When designing a top-up system, one must carefully consider all the possible edge cases. As the smartfone is considered as an “untrusted proxy” in between, some commands may be arbitrarily appended, altered or completely ignored. In any case, this should not affect the system in any dangerous way.

Important: The provided PoC is equipped with some mitigations, carefully check in the source code.

Some questions to consider:

Using Python 3 AsyncIO and async/await it is possible to write all the card-communication logic within a single, yet comprehensive function. The vc.transceive is a coroutine that is responsible for transmitting the command to the client (over WebSocket) and then returning the client’s response.

We await the coroutine, so when it is waiting for client’s response, the thread is not actually blocked but the server is doing some other useful things in the meantime (e.g. serving other connections/customers). The server is single threaded itself, but due to the concurrent implementation it is able to serve multiple connections (different cards) at once.

On my old phone, Samsung Galaxy A5 2017 there was a problem that the NFC tag was being reset after any inactivity longer than (I think) 125 ms. This begins to be an issue when the user is on high latency path to the server (e.g. just using cellular network connection).

I have solved the problem using a pretty coarse solution of transceiving an empty packet in a separate thread, every 10 ms.

So when I perform IsoDep.connect, I just start a separate thread with TagKeepAliveRunnable and just normally work with the tag from my main thread.

I’m really unsure how portable is this workaround.

In my opinion, it is possible to securely implement over-the-air top-up and similar applications. This however must be done with extreme caution, as there is a lot of risk factors that need to be taken into account.

The code in this log post is provided as a proof-of-concept, without any warranty. Both this blog post and the implementation provided on GitHub is based on a few different publicly available sources.

Would you like to have over-the-air update infrastructure for your tags? Not sure how to do it? Fill out the inquiry form or just please drop me a short email: mike@nfcdeveloper.com 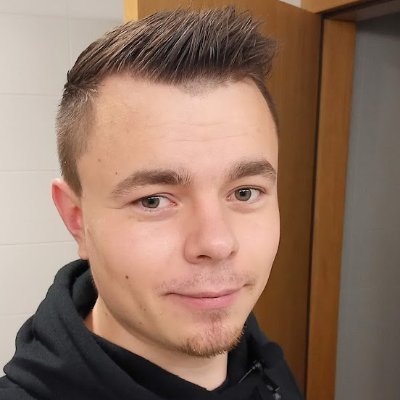